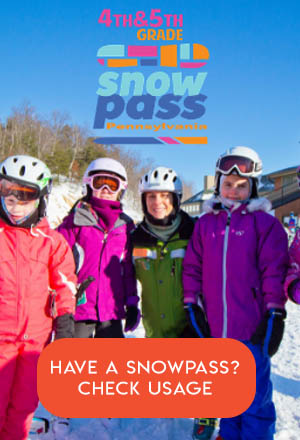 FIND A RESORT
OR SHOP 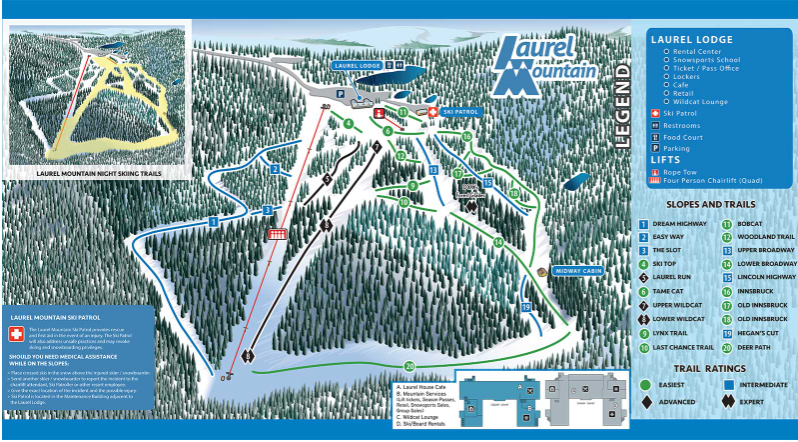 Nestled in Laurel Mountain State Park, Laurel Mountain Ski Resort is an iconic and revered skiers’ mountain located in Ligonier, PA. Not only does Laurel Mountain boast the highest vertical drop on the Laurel Ridge in Pennsylvania at 761 feet, the mountain is famous for its double diamond Lower Wildcat Slope, the steepest in the state which averages near 60% slope. Lower Wildcat is a breathtaking run that, for the avid skier, simply must be taken.

Laurel Mountain’s distinct character is the result of a rich history. The slopes were originally designed by European skiing legend Johann “Hannes” Schneider, the renowned Austrian ski guide and inventor of the Arlberg Method, the basis of modern alpine ski technique. The resort opened in 1940, just before the U.S. entered World War II, and some of the original structures, including the storied Midway Cabin, still stand on the property. Once an exclusive club for the most prestigious residents of Pennsylvania, Laurel Mountain was gifted to the commonwealth in 1964 and is now a winter playground for everyone.